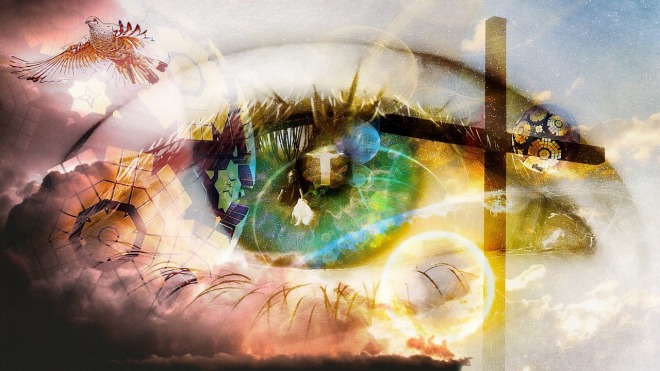 Even when I am old and gray, do not forsake me, my God, till I declare your power to the next generation, your mighty acts to all who are to come. Psalm 78:18

This post will be in two parts. This first one will explore trends of spirituality of the next generation. The second one will dive into how, why and where to connect with them by examining new patterns of communication.

By and large, millennials distrust all institutions – education, government, corporations, and even organized religion.  In many cases, they have been dealt a bad hand with a bad economy.  This is one of the factors leading to perceived changes in spirituality.

In the U.S., a high percentage of them have crushing college debt.  They were lured into the belief that any college degree is a ticket for prosperity and a job, and they were willing to sign on to easy credit of college loans to graduate.

Their bubble burst in 2008, and college degrees in Drama or the Arts or some “soft” degree program had little or no value when seeking a job. No one told them of the dangers of debt, and they didn’t think to ask a mentor or parent “Is this a good idea?”.

Some now are even being punished for their college debt. Some 20 states have laws on the books which permits them to suspend driver’s licenses. Another 19 can suspend professional licenses to delinquent student debt borrowers.

The result is that the few jobs that they might have to earn the money to pay back the loan are out of reach: they either can’t get to work, or don’t have the license to work. No wonder they are angry, and a high number of them now see socialism, not capitalism, as a desirable alternative.

Many are turning to paganism: An article in Turning Point says this: “Today, pagan and witchcraft clubs have found a place in several major colleges across the country, most of which are officially recognized by their school’s religious student activities departments.”

More than half of American young adults believe that astrology is a science, compared to only 8% of Chinese.

A quote by the President of the Pagan Student Union at the University of Baltimore explains the new popularity: “I think one of the things that really helped solidify for me that Paganism was the path for me was the almost complete freedom I had.”

“There is no one holy text we all must read, there is no organized church service which is mandatory to attend, there is no concept of original sin or any pressure to be perfect people. Paganism is exactly what you want it to be.”

According to ABS and Barna Group in 2016, 27% of millennials believe that the bible is a dangerous book of religious dogma used for centuries to oppress people. That’s over one in every 4. In essence, they are not connecting scripture to life and are skeptical of the bible.

Research by Pew shows that although the millennials may not appear “religious”, most have a spiritual curiosity.  Over half of them, for example, think about their purpose and the meaning of life at least once a week. Attendance at religious functions is much lower – only 27%, but that is consistent with their distrust of organizations of any kind.

But, when it comes to a more standard yardstick of spirituality – an afterlife – the millennials are not very different from their predecessors, and two-thirds of millennials say they believe in heaven, and slightly less (56%) believe in the existence of hell.

Almost one in four is now labeled a “None” meaning that they don’t identify with any religion.  That doesn’t mean they are unspiritual, just that they are not connected.  My friend, Jolene Erlacher, explored this in her book Millennials in Ministry.

Dr. Erlacher notes that millennials perceive Christianity with skepticism, seeing that doctrines are impersonal, intolerant and inflexible. They also are critical of the structure. One millennial put it this way: “Church to me is religion, a set of rules, a structure, a tradition.”

The millennials place high value on transparency and authenticity, and most would welcome a mentor in their life.  Considering that the millennial population is 1/3rd larger than Gen X, that puts a premium on older generations to step up and fill the need for mentors.

Generation Z is different from the millennials. Just ask them. This is the generation that is now entering as freshmen in college. They will be quick to point out they are different.

It is the first generation in the post-Christian era that have a spiritual blank slate. They are, for all intents and purposes, biblical illiterates, which may be both a positive and negative thing.

That being said, they are very interested in living a life that makes a difference. They play this out in high involvement in movements surrounding politics, environment and civil rights. They want to make a difference and find meaning and purpose to life.

Reaching Generation Z will be different from reaching the millennials.  A lot of the discussion to date has centered around a recent book by James Emory White,  Meet Generation Z: Understanding and Reaching the New Post-Christian World.

White’s research shows that 78% of Generation Z believe in the existence of God. That’s the good news.

White’s suggestions of action steps for the Church have been more controversial, particularly from those who are from that Generation.  Not that what he suggests is wrong, but that his suggestions fail to take into account how Gen Z communicates and what they absorb.

One millennial commentator on Meet Generation Z, Jake Gosslin, suggests some additional approaches which bear repeating. His first point: We must assume our audience (Gen Z) has zero knowledge of who Jesus was.

From that, Gosslin suggests that the church starts creating environments for Gen Z to ask questions about spirituality, and let those answers dictate the content the church will provide to engage non-believers.

His third point may be the most important, given what I have learned about how and what the next generation absorbs through media. He suggests providing “snackable” videos, similar to what Casey Neistat has done. Neistat does a 5-minute daily “vlog” on YouTube that documents his life as a creative entrepreneur in New York.  It’s done in an entertaining way, and some 7 million people watch it daily.

Gosslin’s ends his article by saying that innovation will be needed by the Christian community to reach Gen Z with “effective content to spiritual questions with a voice of conviction.”

My  takeaways on spirituality:

The bottom line is that the next generations are both attuned to spiritual things, but not necessarily Christian spirituality which gets compromised by their disdain for organized religion and structure of the church.

While organized religion may be an impediment, the role of a mentor in the next generation’s life can be a path towards helping them find their own purpose and even their spirituatlity. My sessions with the several men I meet with has one thing in common: I never hesitate to provide a biblical answer to any question posed.

MENTOR TAKEAWAY: You are one resource that hasn’t gone out of favor. You don’t need snappy videos or images to connect with the younger generation on a one-on-one basis and be authentic with them. Look around for members of the next generation that you see have promise and invest in them.

Why millennials are fleeing the church and turning to witchcraft who is profiting from this change:https://www.marketwatch.com/story/why-millennials-are-ditching-religion-for-witchcraft-and-astrology-2017-10-20

A post on the rise of paganism in college: https://www.thecollegefix.com/post/38436/

Article on 20 states suspending drivers licenses of students who are delinquent in their college loans. https://www.nytimes.com/2017/11/18/business/student-loans-licenses.html

WORSHIP:  Listen to Tommy Walker sing I Have a Hope:Tommy Walker – I Have A Hope – YouTube