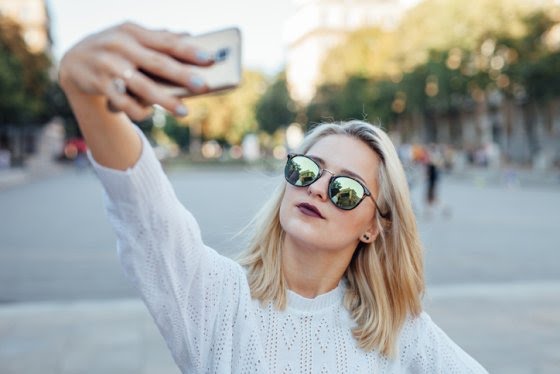 I openly admit I may not be the most socially aware person. My wife is quick to coach me about being more curious about other people’s lives and interests. I personally think I’m OK, but I still have some work to do.

Two college interns spent this past summer at our church.  One of them is engaged to be married. Both of them worked with our worship team. They are both talented musicians and members of Gen Z.

A friend and his wife had them over to their house for dinner. Their experience is anecdotal of the next generation.

The interns never asked any questions of their hosts during their time together. Nothing. Nada. Zero curiosity. It was all about them: their interests, desires, plans, experiences, goals, etc.

Another leader who had taken the same interns to lunch. He had the identical experience. There was no curiosity about their host.  I know both of these men. They have led fascinating careers and have accomplished very interesting things. It’s hard to imagine that anyone would not have questions for them.

My friend thought their behavior quite odd and asked me what I thought about it. My first thought was that these interactions are neither isolated nor rare.

The next generation (and in particular the millennials) are the “me, me, me” generation. I think it is more than that. Gen Z are digital natives who are constantly connected to others but not through face-to-face interactions.

The digital “connection” has a price. Gen Z lacks self-awareness of this, and at one level, they are blind to it. They are socially unaware of how they come across to others in a social setting.

In my career, I had a law colleague who was ultra-smart about everything except when it came to interpersonal communication. I used to joke that he had the interpersonal skills of an anvil dropped from a 10-story building.

About every three months, I had to sit down with him to tell him that he had over-stepped his boundaries with some staff member who had threatened to quit (or was in the bathroom crying) because of something he said or did.

Every time, he had the same reaction: he was surprised his behavior had caused waves.  His “fix” was to take the offended person out to lunch to make amends. That worked a couple of times, but not always.

It’s not a stretch to say that the two interns would react the same way: they would be surprised if someone pointed out their self-absorption.

I have come up with a theory to explain the interns behavior. It’s really the “birds of a feather flock together” theory. Gen Z’s circle of friends are like-minded in their self-absorption.

They don’t need to ask questions about others because their friends and colleagues will openly tell them what’s going on in their lives without prompting.  When they get in an intergenerational context (or get their first job), they will be lacking in a skill that is needed in life to be successful.

I touched on this topic when I wrote Arrogance and EQ. One reader said that I could republish the Arrogance post monthly. It struck a nerve.

The also lack what I call “street-smarts” which I attribute to the lack of inter-personal interaction which has been replaced by “conversations” on a smart phone. It is not the same.

An Emory professor said: “People are more narcissistic when they are young. It’s a self-absorbed stage of life.”  I was reminded of this quote when one of the interns lamented that he felt was not given freedom during his internship “to show how worship is really done”.

Hebrew has a word for this:  Chutzpah. It means impudent or someone who has audacity. It can be interpreted as arrogance, too. Ironically, these labels may be misplaced because Gen Z are just socially deficient. It’s not as if they were trying to be insolent or arrogant. They just don’t know any better.

The challenge here is to help the next generation develop a sense of self-awareness. They are, in many ways, socially “unaware”, largely due to the lack of interpersonal interaction which earlier generations learned in the pre-digital era. They need help.

MENTOR TAKEAWAY:  Meeting with the next generation may be the best fix for helping them learn to become more socially aware. Have them ask you questions about your life as practice.

Tim Elmore:  Arrogance: What to do When Your Students Know Everything.

WORSHIP: Listen to Breathe by Hillsong.

SUBSCRIBE:  You can receive an email notice of each post by clicking on the icon at the top right corner and entering your email address. Photo: Dan Rush